After having my Google Glass replaced due to the fatal foil flaw, I was excited to learn that I had not just a new piece of hardware, but the new hardware. The latest version of Glass is shipping with 2 gigs of memory on board instead of the 1 gig found on the original second-generation units. (Google has yet to call the 2GB versions the “third generation,” but some Glass Explorers have dubbed it that.) 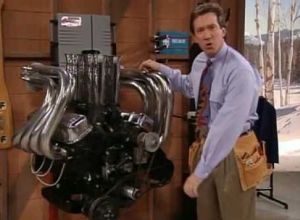 Explorers have gone through update after update on the software side as Google has tried to fix problems caused by moving Glass to the KitKat operating system. I believe they have now found the solution: give it more power!

As with any computing device, if you dump an operating system and more programs on it that will do more that doesn’t mean your computer can do more. KitKat clearly chews up most of the memory available on the 1GB Glass and any sort of multitasking with apps kills it.

Instead of constant crashes, freezes and random reboots while trying to multitask with 1GB, the new 2GB version running the latest software (XE 18.3) resulted in my recent post to Google+:

I did a short bike ride tonight while listening to some music on +Google Glass and a undertook a mission on Zombies, Run! (It’s still entertaining, even on a bike, because you still have to sprint periodically to stay ahead of the brain eaters!) Anyway, it performed very well and operated smoothly.

I listened to some music for about 10 minutes while getting ready. I even took a picture of a backyard visitor while listening to music and there was no lag in the picture being taken and no stuttering of the music being played.

Once on the bike, I listened to the first mission of Zombies, Run! for about 30 minutes or so, then listened to music again for about 10 minutes. (News and email alerts kept flowing in, too, but I didn’t open them.)

Upon arriving home, I sent and received a few text messages and made a four-minute phone call using Glass as my headset.

All of that chewed up 35% of my battery.

The new 2GB model running XE18.3 is what I always imagined Glass should be like.

There are also subtle design differences with the new unit, with some as mundane as where they put the design and build text, which is now located under the battery housing. The attachment screws are black instead of silver now, too.

The nose pads are different now, as well, with the ability to swivel more, much like you often see on regular eyeglass frames.

The “optics pod,” or what people who aren’t Google Glass Guides would call “the screen,” seems different, too, but I can’t put my finger on it. It’s almost like it’s brighter, and sometimes that means I’m getting more of a ghosting/glare effect on what I’m viewing than I did on the first unit.

The only unfortunate thing for me so far is that I cannot get the Notification Glance option to work on this new unit. It was super easy to calibrate on my old Glass, and I found it to be a far superior method to checking what the notification ding means compared to bobbing my head to do what some of my coworkers have dubbed, “Ari’s Glass twitch.”

I need to mess around with it some more, but if that’s the only negative thing about upgrading, I won’t complain.

I’ll just keep doing the 2-gig jig and multitasking on Glass like there’s no tomorrow.