A recent family vacation helped prove once again that modern technology rocks, but if you’re not careful, it can roll over you.

Aside from my Google Glass developing the dreaded foil bubble design flaw  during the trip, things went nearly without a hitch. Unfortunately, the one hitch I had could have been a major problem. To be fair, modern technology helped it from becoming one. OK, now I’m starting to write in circles, so let’s just get to it using the old format of the good, the bad and the ugly.

Jessi, the kids and I headed to the U.S. Virgin Islands for a week with four mobile phones and Google Glass in hand, plus a Kindle Touch, a Kindle Fire and a GoPro camera. We took no laptops or iPads, opting for the smaller screens and less chance for potential distractions. I knew cellular service on the island we were headed to would be spotty at best, but we did have WiFi in the house we rented.

Google Glass — until it broke — worked great as a camera, video camera and travel aid.

The mobile phones (an iPhone 4S, iPhone 5C, iPhone 5S and Motorola Droid Maxx) all performed admirably. They served as phones, messaging and email units, travel aids (via a Delta Airlines app and Google Maps) and cooking timers, as well as cameras, gaming devices, news readers and social media conduits. The ability to take pictures, including panoramas and photospheres (Google Camera on the Maxx) is becoming increasingly easy and impressive. The fact that the list above is as long as it is while talking about a single device you can hold in the palm of your hand or put in your pocket is still astounding to me.

The Delta app has proven more useful over time and if you fly with Delta, you should use their app. You can learn about your current flight’s status, check seating locations, carry a digital version of your boarding pass and even track your checked bags to make sure they’re headed to the same vacation spot you are.

The Kindle Touch served as Jessi’s book reader for the trip, from the plane to the beach — always ready due to it stellar battery life and always readable thanks to its e-ink technology and anti-glare screen. Its small size made it portable and easy no matter where she went.

The Kindle Fire served as my book reader, as well as video player so I could catch up on a TV show I’ve started streaming through Amazon Prime, as well as a magazine reader and a gaming device. (On a side note, did you know Prime members can download TV episodes to store on your device to watch when WiFi isn’t available? I didn’t — but I’m glad I learned about it before my 5 hours of flight time one way!) One of the fondest memories I think all four of us will have is the laughs we shared while playing The Game of Life on my Kindle Fire around the kitchen table for several nights. 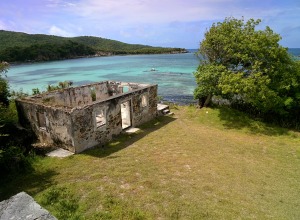 The GoPro camera was a loaner from my brother-in-law and I’m glad we had it to capture some underwater pictures and videos to add to our collection of memories. Because he also has the WiFi attachment for his 2nd version GoPro, it meant we could watch the videos each night by streaming them to an app on my phone. Besides again causing me to stare in wonder at how technology has changed and improved, it also meant we could critique our video shoots before we headed out snorkeling again so we knew how to adjust our shooting techniques.

There are not a lot of items to list in the bad category. Certainly, traveling with devices means having to take care of them, and we made sure everyone had solid cases protecting their mobile phones. Battery drain is always a concern, except on the Droid Maxx, but since we turned off the cellular and data services during the day, the phones all performed well as cameras without giving us much worry about battery life.

When traveling to the U.S. Virgin Islands, you must be careful not to suddenly trigger a cell tower on the British Virgin Islands. The signal is better, but also a lot more expensive!

Of course, having technology with you means having the world with you, which in some ways is an unfortunate interference when you’re on vacation. But that’s not really the fault of the technology, but rather of our inability as human beings to let go of the daily rat race and just enjoy wandering the maze slowly while seeking the cheese.

For some reason, when you return to the U.S. mainland from the U.S. Virgin Islands, you need to go through U.S. Customs. This happens at the airport in St. Thomas, which means it’s more laid back than say the Customs unit in Atlanta. But it also means you are in a building where your cellular signal is weak at best.

While still at our rental house, I used the Delta app to check in all four passengers and load boarding passes onto my phone via the WiFi connection — or so I thought. Technically, you’re just loading the passes into the app, not downloading them to your phone. What this means is that you need a WiFi or cellular connection while opening the app to use it if you want to see your boarding passes. Unfortunately, this was not going to happen for me in the U.S. Customs area of the airport in St. Thomas!

The customs officer was extremely friendly and forgiving of the technology snafu. He let Jessi and the kids wait to the side with all of our luggage while I went back outside to try to find a signal and open our boarding passes. He even gave me permission to bypass the long line and come right back to him once I had our boarding passes. 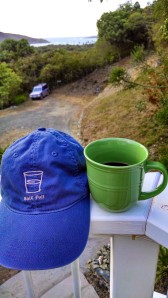 Outside, the signal was still weak and the app refused to sign me in and grant me access to our boarding passes. So, after a couple of attempts, I went to find paper boarding passes. Ironically, it was technology that again made things easy even though it was technology that made things more difficult to begin with. Delta has self-serve kiosks at the St. Thomas airport. I just had to log into one of them and since I had already checked us in, it simply asked if I wanted to reprint our boarding passes. I did and within minutes we were through Customs and headed to the security checkpoints, paper boarding passes flapping in our hands. (Just one more reason you never wait until the last minute to try to catch your flight!)

I’ve used the electronic boarding passes before without any issues, but it has always been in areas with strong cellular service. This was the first time I had tried going sans paper, and on the way down, the system worked flawlessly. I’m nearly certain it will again when I travel next week, so I’ll try going all-digital again, especially since I know the Delta kiosks have my back in case of failure. (Also note the update I posted below!)

As I wrote earlier, I think technology rocks. Sure, there are flaws and there are times when it can be maddening, but most of the time it’s beneficial and it still makes me shake my head in wonder at how far things have come.

Just last night I used technology again to help share our memories. Using Google Plus, I created an event and then invited Jessi and the kids. We now can each upload our photos from the trip to this event, granting access to all four of us to see the trip from different perspectives. It also eliminates the need for, “Hey, remember that picture you took of X? Can you email it to me?” I could, but that’s sooo 2012. 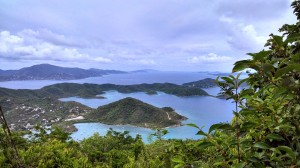 UPDATE: Here’s an idea to address the issue of having a boarding pass on your phone but no cell phone signal to open the app and view the pass. When you first load the boarding pass after checking in (which means you had a signal at that point), take a screen shot on your phone. That way, you’ll have a usable facsimile of your boarding pass available in your phone’s camera roll whether you have a network signal or not!