Journalism is a profession. It requires education on theories, training for practical application and experience to make you a well-rounded professional. It requires the ability to gather, share and explain news. It is about reporting news, not distributing it.

When I ask my students at Michigan State University what their main source of news is, many cite Twitter or Facebook. But these are not sources of news, they are sources of news distribution. So are YouTube, RSS feeds and blog posts with a bunch of links to press 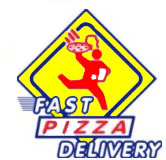 releases and news articles written by other journalists.

Seth Godin recently blogged about “lazy journalism,” and he makes some valid points. But I can’t blame journalists for this dearth of professional reporting, particularly in my old stomping grounds: newspapers. I blame the bean counters at newspapers and readers who are too cheap and fickle to support their local news organizations.

I wrote earlier this year about how “news” is more important than “paper,” because it is content that matters, not the distribution system. Since that post, which I wrote after the major MLive/Booth Newspapers merger in Michigan, I’ve seen experienced journalists dropping like flies. The Booth Capitol Bureau  lost a seasoned reporter who has not yet been replaced and may never be. The Grand Rapids Press lost two experienced newspapermen that I’ve worked with over the years and grown to trust for their talent and forthrightness. And today I learned a Kalamazoo Gazette reporter is leaving with no real idea of where they are headed next. They didn’t say it, but I think I can safely assume they are a victim of what MLive/Booth called an “investment in our digital future.” Newspaper reporters left behind on the beat are often inundated with spreadsheets from bosses about the number of hits on a news post, sometimes being directed to write about those numbers, as if that’s actually newsworthy.

Booth has dropped seasoned reporters and editors and consolidated editing functions to a centralized location instead of having local editors edit local copy. Gannett is throwing up its hands on trying to get out-of-control reader comments tamed by selling its readers down the Facebook river. And some of the “news” outlets that are now online have resorted to posting links from press releases to balance out stories rather than doing any investigative interviews of their own. This is happening nationwide, not just in Michigan.

Is it any wonder then that the 2011 list for the “year in media errors and corrections” has some real doozies in it?

At one point in my career, I was the editor for a weekly newspaper and we were the main competition for the local daily paper. Often, people don’t think weeklies can compete with dailies because of the delay in printing. But we focused on hard news stories just as much as the daily did — we simply took advantage of our extended deadline by digging into the story from a different angle or to a deeper level than the daily had the luxury of doing. We gave them a run for their money and every week I was proud to say that our little weekly newspaper was chock full of news that was of importance and interest to our readers.

The newspaper industry is missing a fantastic opportunity to fill a niche. Newspapers have always had a disadvantage when compared to TV, radio and, now, the Internet. Newspapers cannot be first to break a news story unless they’ve been working on an investigative piece quietly and launch an exclusive. But they have the advantage of an extended deadline. TV and radio have to meet a regular deadline (or several) every day. Newspapers have tried to emulate that deadline hell instead of focusing on what they should be doing:  getting a better story, a deeper story, a more compelling and interesting story than their broadcast brethren would ever have the time or space for.

Newspaper journalists need to focus on doing a better job of keeping their profession professional. Give us the stories we need. Give us the details we can’t find on TV or in a tweet. Give us the fair, accurate reporting that often is lacking in opinion-laden blog posts. Give us what we want, even though we may not yet know that we want it. Steve Jobs created an empire at Apple by doing that with tech gadgets. Imagine what newspaper journalists could do if they applied the same philosophy to the intellectual pursuit of real news instead of the packdog-driven drivel they’re forced to heap upon us.

“30 minutes or less” is a fine mantra for pizza delivery, but newspapers aren’t pizzas and journalists aren’t delivery boys.

There is a lot of discussion going on at the moment about the bombshell Booth Newspapers dropped today regarding its move to “invest in its digital future,” which is a pleasant way to say they are scaling back on print editions and employees. If you follow the link I put in above, you’ll be able to read the letter with the company’s spin on this announcement. If you want to know the basic facts of what’s actually happening and what it really means to you as a reader or subscriber, then you should jump straight to the company’s FAQ.

My Twitter and Facebook feed exploded with this news and potential fallout from it, with comments discussing the entire universe of what this announcement means. Some folks are worried about their friends and colleagues who work at Booth-owned newspapers. Others are declaring that they saw this coming and it was only a matter of time until the news chain went primarily to online distribution. And still others are pointing to this announcement as the continuing death of newspapers.

They are all somewhat right, and yet they all may be wrong just a bit, too.

As a former newspaper reporter, I can attest to the fact that for generations it has always been the newsroom and the reporting staff that gets cut first when the budget axe is wielded. So, people are right to be concerned about folks losing their jobs — Booth even admitted that layoffs are possible if people can’t find a proper fit within the new organization. Those who remain will be referred to as “content producers,” which is to say they are the ones who learned to adapt to a rapidly changing world in ways that allowed them to marry their experience with technological abilities.

Those who are suggesting that we all should have seen this coming may be right — after all, the newspaper industry has from the beginning bungled its use of the Internet at the expense of its print products. There is little indication that anyone has learned how to correct the initial blunder of offering news content for free online but only via payment for hard copies. I don’t see that changing, so I suppose my kids will be using something else to line birdcages with some day.

Despite my nostalgic fondness for the smell of newsprint and the ink smeared on my fingers, I’d have to say that it is those suggesting the death of newspapers who are most inaccurate in their assumption. It is not the death of newspapers that should concern us, it’s the death of news gathering. Paper is, after all, just a form of delivery. There is some truth to the notion that you tend to stumble upon news more when reading a print edition than an online edition, but our habits will adjust over time. If the news is gathered properly, completely, and accurately, does it really matter what form it’s delivered to us in?

The biggest issue surrounding this announcement is what this new MLive Media Group will mean for the “content producers.” Will they be given enough resources — meaning equipment and fellow employees — to actually do some real reporting? Or will they be hamstrung by resources, forced to regurgitate press releases and become aggregators of what other people are doing and saying, often without the burden of journalistic standards and integrity?

This story is just breaking and it’s far from over since we won’t know what the real impact will be for some months to come. In the meantime, I hope it all turns out well for the company, its employees and its customers. In the world of journalism, “news” is more important than “paper.” If we’d all stop losing sight of that fact, we might just become the consumers that these organizations need to know exist — people who want accurate, complete news and not a bunch of regurgitated hearsay made pretty with blue links and shaky video.

The Chief Suit in Charge of Stupid Ideas at MediaNews Group, also known as CEO Dean Singleton, recently called for the outsourcing of newsroom activities at newspapers across the United States.

Who is going to report on the loss of jobs, the loss of journalistic integrity and the ridiculous concept of having people in other states and maybe even other countries handling your local news if the journalists are the ones being outsourced?

This isn’t some small-town local paper publisher saying this. It’s the CEO of MediaNews Group – the corporation that publishes The Denver Post, The Detroit News and 52 other daily newspapers.

This issue should not be shrugged off by the industry or its customers.

Singleton did say no decision has been made to outsource newsroom functions, so maybe you think I’m jumping the gun by sounding the alarm?

Any time these corporate suits think they can make or save a buck, consequences be damned.

As of this afternoon, there is confirmation that Booth Newspapers is consolidating newsrooms in Michigan. Jim Carty does a good job of outlining what’s going on at his blog, Paper Tiger No More.

The newspaper industry is already wondering if it should be drafting its obituary. If people like Singleton and the suits at Booth are allowed to continue destroying local newspapers, then it’s already past deadline.