OK, I admit it. That headline is all about link bait, but what tech journal or blog isn’t based on that most of the time these days? I jest, because I hate that kind of writing.

As a Google Glass Explorer, however, I have to endure my share of “they are doomed” types of blog posts, news articles and comments on social media networks.

The fact that the devices are only available to very early adopters (“Explorers”) should key everyone in that these aren’t yet ready for mainstream use. There is no surprise there, since a lot of new technology goes through the prototype, developer, alpha and beta stages before people can get their hands on it.

One of the biggest problems for Google Glass is that society has become so accustomed to instant gratification that allowing a concept to develop naturally is seen as a failure. 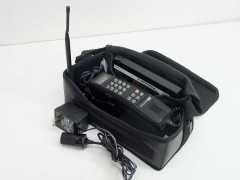 Too often, I see people wanting to compare Google Glass to modern-day mobile phones. But that is a ridiculous notion. When mobile phones first came out, they were bulky, expensive to buy and use, and seen initially as status symbols for elitists. I remember folks not understanding the need to have a phone with you all the time. I was a newspaper reporter in the early 1990s and the paper I worked at had one mobile phone. It was a bag phone that you slung over your shoulder on the way out the door after checking it out from the editor’s desk. These days, reporters are filing stories with audio, pictures and video straight from their mobile phones.

Later, when they became mainstream, mobile phones changed again, turning into computing devices that could allow us to get email on the go — a feature about which I heard people say, “Why would we want that?!” and “Those keyboards are so tiny, no one will ever use them for serious business work.” I do the majority of my work on my mobile phone and tablets these days, so put another chalk mark in the “Wrong!” column for those folks.

My headline on this post, while sensationalistic, does have a point. I believe mobile phones are doomed — in the long run. The landline phone is becoming a dinosaur as more and more people abandon them in their homes and stick with just their mobile phones. Eventually, as wearable computing devices like Glass and smart watches evolve, I suspect they will replace mobile phones. Imagine what will happen to the mobile phone industry when developers find a way to supply cell tower, WiFi and Internet connections directly to a watch or glasses instead of via a mobile phone connection. I can envision an era when people might say, “When I was young, we had to carry phones around in our hands. Kids today don’t know how good they have it.”

I have no idea how long it will take, but it will happen. The naysayers who think Google Glass is useless because it doesn’t have enough apps seem to forget that iPhones and Android phones didn’t have hundreds of thousands of apps available their first year. Those developed over time as smart, creative people found new ways to use mobile phones with an app that many others could not have initially imagined but that they now take for granted.

In 2007, Apple Computer launched the iPhone, the company’s first ever smartphone. When the device launched, the device did not provide any support for third-party software: Apple’s CEO Steve Jobs believed that web applications served over the internet could provide adequate functionality required for most users. (Wikipedia)

Haters are going to hate. The uniformed and uninitiated will fear that which they do not understand. But none of that should stop explorers (of all kinds, not just Google Glass Explorers) from boldly advancing. If we never had anyone say “There should be an app for that,” we would not find our mobile phones as powerful or useful as they are today.

And to the folks who insist on declaring something useless or doomed because it has not had time to develop properly, please accept that there are some extraordinary things going on with or without your support. But your noise is distracting the people who are going to make a difference in this world and they would really appreciate a little quiet from your corner of the Internet.

Oh yeah, and the Internet was never going to amount to anything either, remember? 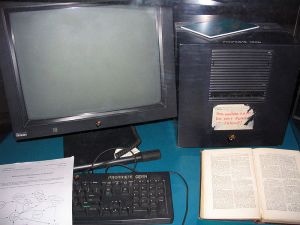 This NeXT workstation (a NeXTcube) was used by Tim Berners-Lee as the first Web server on the World Wide Web. It is shown here as displayed in 2005 at Microcosm, the public science museum at CERN (where Berners-Lee was working in 1991 when he invented the Web). (Wikipedia)