I’ve always prescribed to the notion that if you screw up, just confess and repent because that’s how you get people to trust you again, or at least not distrust you as much. Let’s face it, our society suffers from attention deficit disorder and a short memory — a combination that makes it pretty easy to go from bad guy to forgotten guy in relatively short order.

But now I’m questioning that philosophy given two recent incidents  of organizations trying to play defense with an aggressive offense and failing. Can you be too proactive when defending yourself? 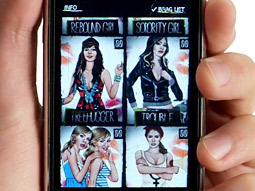 Case # 1 involves Pepsi and its iPhone app, Amp Up Before You Score, sponsored by its Amp energy drink. The concept is that guys could look through a directory of female stereotypes to learn the best pickup lines and then use the app to share their conquests with others.

AdAge did a nice overview of the issue here. The problem related to my question is, did PepsiCo go overboard in backpedaling on this? Not only did they claim it was a mistake and apologize, they had other brands jump into the apology fray, including Pepsi and Mt. Dew. They even created their own hashtag for Twitter, #pepsifail. The thing is that now people who didn’t even know about the app and the controversy are talking about it and, in some cases, joining the anti-Pepsi side of the debate. The target market for Amp and the Amp app are the same, but that’s not the target audience of Pepsi or Mt. Dew or even the folks who follow Pepsi on Twitter.

Another case of hanging your laundry up in the yard before washing it occurred recently at a school district in mid-Michigan. With an amazing dose of stupidity, a group of teachers decided to party together to celebrate the end of the school year. During this party, alcohol and marijuana were consumed, apparently in great enough quantities that one of the teachers passed out. While she was unconscious, the other teachers scrawled on her body with markers to “drunk shame” her, a rite of passage for many college students who learn the hard way that your drinking buddies aren’t necessarily your friends.

Well, two years later, the “victim” has decided the police and the school district haven’t done enough for her and she went public with her complaints via the Michigan Messenger, an online news outlet. Seeing an opportunity to go on the offensive and, I guess, nip the story in the bud, the school superintendent sent a memo to all the parents in the district. The memo gave only vague references to the incident and then spoke of how the district’s hands were tied in terms of discipline but how it was considered a deplorable situation.

At this point, everyone who hadn’t heard of the incident was now frantically searching news outlets on line to figure what the heck he was talking about. And, sure enough, because the district issued a formal statement on the incident, the local mainstream media had to report on it as well. The Lansing State Journal had an overview story and a public-reaction story yesterday. There is another story today about how one of the teachers has now resigned as the girls’ varsity basketball coach.  That’s three stories in the main local paper in two days about an incident that is more than two years old — an incident that many parents probably hadn’t heard of until now.

A major corporation and a local school district went on the offensive trying to counteract negative publicity and their tactics had the exact opposite effect.

So is the philosophy of confess and repent flawed? I’d still like to believe it has its appropriate uses. If you know the story is going mainstream, then you should consider getting out in front of it. But trying to get out in front of a story that isn’t a story until you make it one is a mistake.

What do you think?